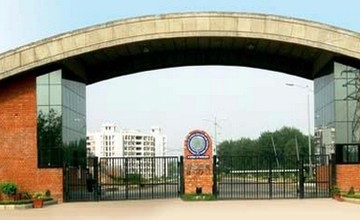 BHUBANESWAR: Classes for IISER-Berhampur would begin from 2016-17 academic year, said an official on Thursday.

A high-level meeting to this effect was held under the chairmanship of chief secretary Aditya Prasad Padhi here.

It was decided in the meeting that Indian Institute of Science Education and Research (IISER), Berhampur would function from coming academic calendar of 2016-17 in a transit accommodation in the IIT campus of Bhubaneswar.

The academic-cum-administrative building of IIT would be made available to IISER as its temporary campus.

Replying to a media quarry after the meeting, Director IISER Vinod Kumar Singh said that around 50 students would be admitted this year during July 2016.

Hostel facilities would be provided to both the boys and girls.

He also mentioned that state government has proactively provided all necessary support and assistance to start classes from coming academic session.

Padhi assured IISER authorities present in the meeting that all infrastructural facilities like quality power supply, road connectivity and water supply would be ensured. Secretary Rods and Building Nalini Kanta Pradhan along with Collector, Ganjam were asked to expedite the road construction.

Ganjam collector informed that around 200 acres of land had been identified at Loudigam for permanent campus of IISER. The location of the site has been appreciated by IISER authorities since it is nearer to NH and Railway. The Airstrip of Rangeilunda is only 23 km away from the spot.

Padhi directed the district collector to finish demarcation of the land and raise the boundary wall before handing it over to IISER.

The IISER authorities were also asked to submit the requisition for land as per the prescribed norms.