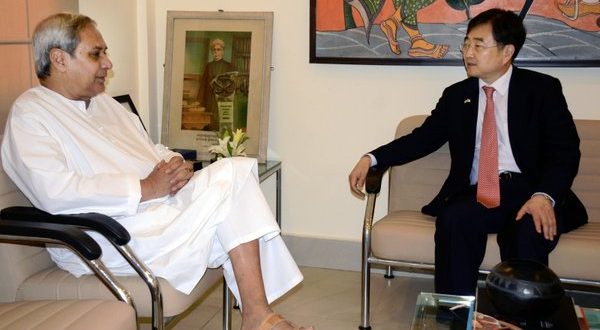 Posco Can’t Set Up Plant By 2017; Korea Keen To Invest In Odisha

BHUBANESWAR: At a time South Korea steel major Posco informed National Green Tribunal (NGT) that it would not be able to establish the proposed $12 billion steel plant in Odisha by 2017, Korean Ambassador to India Cho Hyun on Friday said they want to invest in other projects in the state.

Korean Ambassador to India, who held a meeting with chief minister Naveen Patnaik, discussed on trade and investment opportunities in Odisha.

He, however, denied that there was any discussion on proposed Posco project.

Meanwhile, Posco on Friday told NGT that it would not set up the proposed steel plant in Odisha by 2017.

Citing that construction work for the project is yet to begin due to several legal hurdles, the lawyer of Posco informed that completion of the project would not be possible in such a short period.

The lawyer informed the tribunal that it has not been able to obtain forest and other clearances while its environmental clearance is valid until July 2017.

The steel project touted to be the largest foreign direct investment (FDI) in India, is facing several hurdles including local opposition since it signed a memorandum of understanding with the state government in 2005.

The hope of Posco to set up the Rs 52,000 crore project faded away after the central government introduced the amended Mines and Mineral (Development and Regulation) Act 2015 asking the company to participate in the bidding process to get raw material to feed the proposed steel plant at Jagatsinghpur.