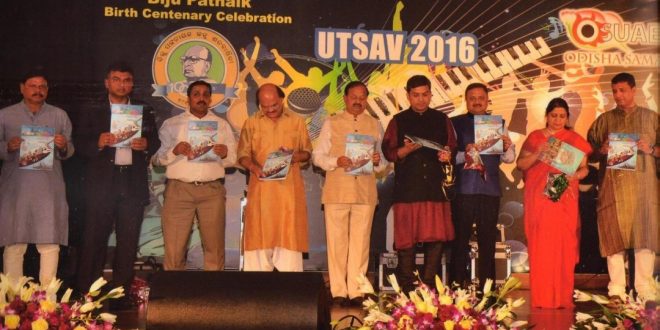 BHUBANESWAR: The Odia Diaspora in UAE showed a lot of enthusiasm during the first overseas celebration of Birth Centenary of Legendary Biju Patnaik, observed at Dubai.

On this special event organised by Odia Samaj of UAE, a photo exhibition on Biju Babu was unveiled by Shri Debi Prasad Mishra, Minister of Industries, School & Mass Education, Govt of Odisha. Remembering the life and time of the legend Shri Mishra said that Biju Babu continued to inspire people in his land and overseas.

While appreciating the role of non-resident Odias for the development of the State, the Minister said that a lot of Odia have reached the pinnacle of success in their career and become well known across UAE. He invited them to bring more values to mother Odisha in the future.

The event titled ‘Utsav 2016’, staged on 8th of April, at Dubai, was also a celebration of the best that Odisha has to offer particularly in the fields of culture, tradition, art, music and dance. A packed crowd of more than 500 Odias attended the program. This time, Odias from other neighbouring countries like Oman, Kuwait, etc. were also in attendance.

Mrs Deepa Jain, Head of Chancery and Consul (Protocol and Culture) of the Indian Consulate in Dubai, graced the event as Chief Guest. Similarly, Mr L.M. Asthana, Chief Executive, GCC Operations of the Bank of Baroda was the Guest of Honour.

At the event, over 60 children and men and women presented a dazzling spectacle of song, dance, drama and music. Famous Odia comedian Papu Pom Pom also regaled the crowd with his humour and antics.

“The event is designed to bring together Odias living in the UAE and the neighbouring countries. It has become the biggest gathering of Odias in the region and is growing in stature with each passing year”, said Mr Amiya Mishra, President, Odia Samaj of UAE.