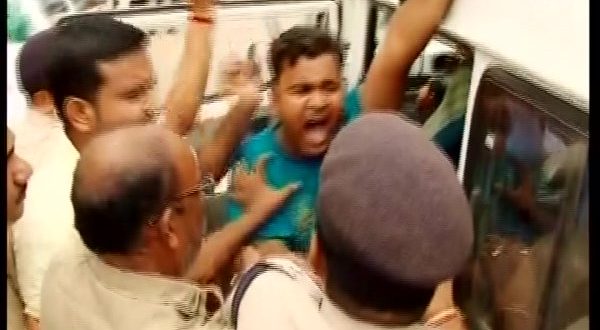 PURI: Eight Odisha Congress activists were detained on Thursday for showing black flags to food supplies and consumer welfare minister Sanjay Das Burma, who was on his way to inaugurate Aahar centre in Puri.

The activists were protesting the minister for his alleged involvement in the chit fund scam.

Dasburma along with agriculture minister Pradeep Maharathy were on their way to inaugurate Aahar centre in Puri.

However, after coming under severe criticism from opposition parties, which are demanding the resignation of the minister, Dasburma said a conspiracy had been hatched against him in the Pajero case.