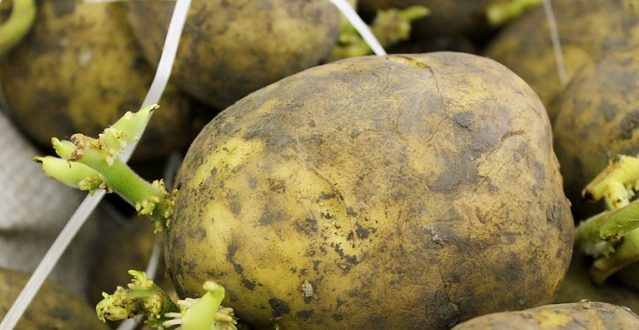 As per the MoU, the state government will lease out 10 acres of land at Deras farm, Khurda for the establishment of Tissue Culture Laboratory.

The Govt. will also lease out 40 acres of land at Similiguda, Koraput for seed multiplication with usual government rent for 15 years, extendable by 10 years with the due approval of the government.

As per the programme, there will be the production of about 1.10 lakh MT potato seeds by the year 2020-21. This will ensure supply of potato seeds to the farmers of Odisha at a reasonable price and help in area expansion and production of potato in the state, said Maharathy.

Since potato seed is the major constraint for potato production in the state, the Task Force report on potato estimated requirement of 1.20 lakh MT of potato seeds by 2017-18. At present, potato seeds are being produced in a limited quantity in Odisha and thus, there is a huge gap between supply and demand.

To meet the demand, large quantities of potato seeds are being procured from Punjab, Uttarakhand and Uttar Pradesh, every year by the farmers of Odisha.

The Task Force had recommended for seed production to be done inside the state, with private involvement. Utkal Tubers India Private Ltd, Bangalore has proposed to produce potato seeds in the state by establishing tissue culture laboratory for the production of disease-free planting materials and multiplication inside the state. The potato seeds produced will be marketed inside Odisha and in Eastern India.