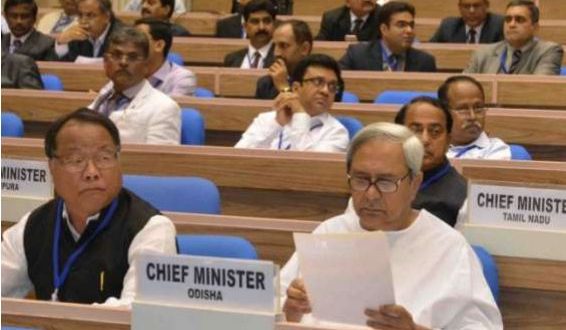 NEW DELHI/BHUBANESWAR: Odisha Chief Minister Naveen Patnaik on Sunday expressed his concern at the long pendency of cases in the state and urged upon the union government to fill up the vacant eight posts of judges in the Orissa High Court at the earliest.

Highlighting that despite non-receipt of central assistance since 2014, Patnaik said Odisha has been making every possible effort to strengthen the court infrastructure.

The Chief Minister impressed upon the Union Government to supplement the efforts of the state by providing additional resources for creating court infrastructure, residential buildings and other amenities.

He said Odisha has agreed to bear all the recurring expenses required to implement e-Court projects beyond the period supported by the central government and to support digitisation of records of the Orissa High Court.

Participating in the joint conference of the chief ministers and chief justices of High Courts in New Delhi, the Chief Minister informed that Odisha had made substantial progress on important decisions taken at the last joint conference held on April 5, 2015, recognising the importance of timely delivery of justice to common citizens,

He said 30 courts of the judicial magistrate first class had been established for ensuring speedy trial of offences against women in the state.

Further, 26 additional courts of the judicial magistrate first class have been set up in remote and topographically challenging districts. Odisha has established Gramya Nyayalayas in remote areas of the state to cater to the rural population, he added.

He said that construction works of 17 district court buildings covering all the newly created districts and a major judicial complex at Bhubaneswar to accommodate all the courts under a single roof at a cost of about Rs.200 crore are currently in progress.