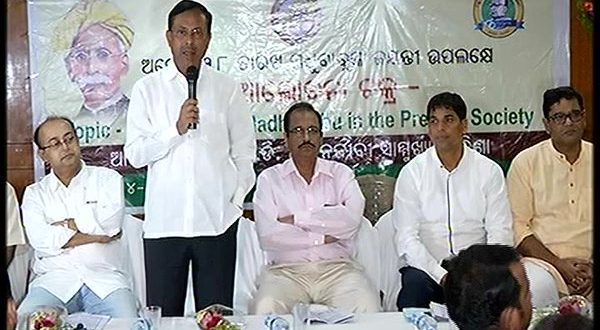 Das attended the programme as chief guest while law minister Arun Sahu, BJD MLA from Cuttack Debais Samantray and several other BJD leaders were present on the occasion.

The appearance of chit fund probe panel head at a political party forum was not accepted by the opposition BJP and Congress, who sought the removal of the justice from the post citing that the probe cannot be impartial.

“It is unfortunate that the chairman of the chit fund commission attending a programme organised by a political party. I condemn the incident and he should not continue in the post of commission,” said BJP MLA Pradeep Purohit.

He apprehended that impartial probe cannot be ensured in the chit fund scam and the depositors may lose their hard earned money.

“A justice inquiring into the chit fund scam should not have attended the programme of a political party,” said leader of opposition and senior Congress leader Narasingha Mishra.

BJD MLA Ananta Das, however, tried to play it down by stating that the lawyers’ forum was a social outfit only to help people.

Justice MM Das, however, defended himself by saying that he attended the programme as a retired judge and not as a commission head.

“I attended the programme of BJD as a retired judge not as a probe panel head. What I have stated in the meeting is my personal opinion and the government has nothing to do with it,” said Das.