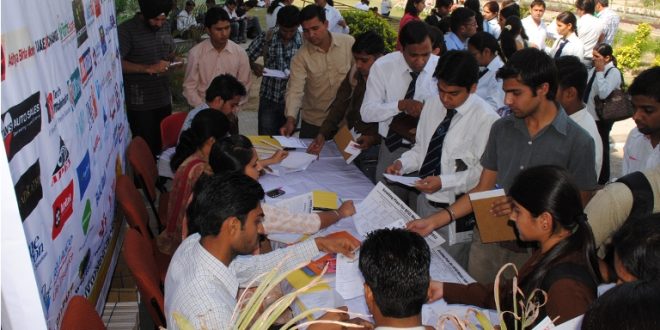 BHUBANESWAR: Failing to conduct a special recruitment drive for technical and professional students, the Odisha government has decided to refund the registration fee collected from students for the recruitment drive.

“The Government have been pleased to decide that the registration fees collected from the concerned students may be refunded,” said Technical Education department joint secretary in a letter to the vice-chancellor of Biju Patnaik University of Technology (BPUT).

The letter exposed the state government’s repeated claims that it has concerns to ensure employment for the youths of the state. The state government could not hold the special recruitment drive as no company was willing to participate, courtesy the inefficiency of the government.

Notably, the Odisha government had collected around Rs 48 lakh from around 48,000 students in 2014 by promising to facilitate placement of technical and professional graduates in private companies through Special Recruitment Drive (SRD).

The recruitment drive was originally planned to be held on September 17, 2014.

B Tech, M Tech, MCA, MBA and Pharmacy graduates from all universities and colleges in the state were to participate in the job fair proposed to be organised in collaboration with Biju Patnaik University of Technology (BPUT).

The state government had announced to short-list the registered students through an online test. However, no such test was conducted.

It may be noted that while announcing the job fair, the state government had claimed that about 300 companies would participate in it to recruit eligible candidates for their companies.