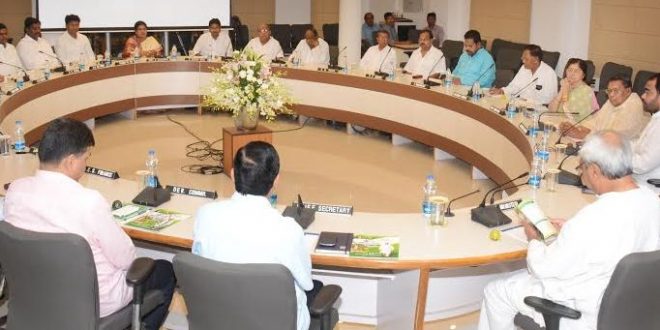 Odisha Official Languages Act, 1954 To Be Implemented By Aug 15

“Odisha Official Languages Rules are in advanced stage of formulation for better implementation of Odia language in the transaction of official business.  The Odisha Official Languages Act, 1954 is being suitably amended for the purpose. I am hopeful that by August 15 this shall be implemented,” said the Chief Minister addressing the council of ministers on the occasion of completing 2nd year of BJD’s 4th term in government.

He said Odia is one of the finest classical languages of India.

“Its roots are ancient, and the language continues to be vibrant to suit the requirement of modern times. My Government is committed to promoting our Odia language and the rich cultural heritage of Odisha,” said Patnaik.

Besides, “Odia Virtual Academy” which has been announced in this year’s Budget will soon be a reality.

“As a first step, a five-member Advisory Committee has been formed. Through this academy, the rich literary corpus of Odia language will be digitised and made available through its web portal. The process of identifying Odia books for digitisation has started. The priceless masterpieces of Odia literature will be preserved for time immemorial. Generations to come in any part of the world will have access to these great literary works,” he added.

He said the faculty position in Odia in the Universities and colleges in the State would be filled up on priority.

In North Odisha University and Fakir Mohan University, schools of languages are being established, and posts of Odia Professors and other faculty members have been created through a Government Notification, he said.