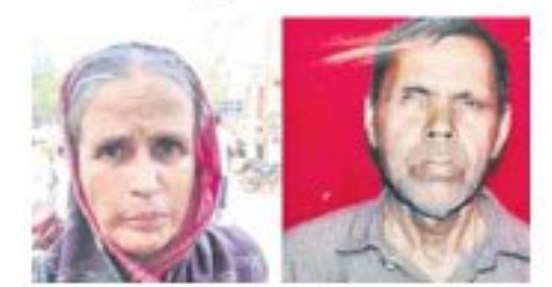 Odisha Man Languishing In Pakistan Jail For Over 40 Years

BALASORE: They have lost all hope of getting him back. Even they have no knowledge whereabouts of him. But, the Jalida family under Soro police limits in Balasore was in for a surprise on Saturday when it received a letter from Pakistan.

They came to know that the man who went missing 40 years ago has been languishing in a Pakistani jail.

According to reports, Gourang, son of Ganesh Prasad Padhi, was believed to be missing since 1975. Ganesh died lamenting for his son ten years ago while Gourang’s son Radhakant died of a kidney ailment two years ago. With her world having turned topsy-turvy Sabitri has now taken shelter at her daughter Annapurna’s house at Badheibanki in Anantpur panchayat.

Sabitri is almost broke after disposing of her landed property to meet medical expenses of her son at Jadida. Now, she is left with a 10-decimal homestead land.

“My husband left Jadida in search of a job.  For five years, he used to be in contact with the family, but did not come home” recalls Sabitri. Her father-in-law Ganesh used to look after the family and had got his grandson and granddaughter’s marriage solemnised.

“We could not trace him. However, two years ago we learned that Gourang was in Punjab,” she said.

A letter purportedly written by Gourang, containing his photograph, to his father was received April 20, 2016. The letter is now with their relative Rajendra Padhi. Gourang is reported to have stated that he was lodged in a Pakistani jail on charges of crossing the borders. He might be freed from jail if his voter identity card and land records are verified by the jail authorities, the letter suggested.