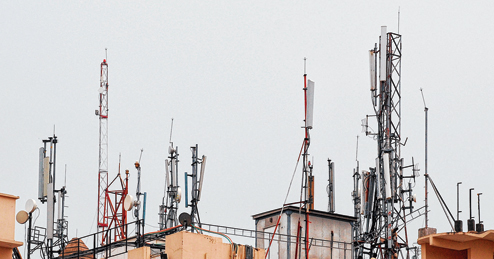 BHUBANESWAR: The Odisha government has initiated steps to prepare a telecom policy to provide facilitative support to the telecom industry in the state with the objectives of boosting up the telecom infrastructure and connectivity.

A high-level meeting to this effect was held under the chairmanship of Chief Secretary Aditya Prasad Padhi here recently.

Considering the proposed draft and existing regulations relating to the telecom sector, Chief Secretary Padhi advised regarding telecom infrastructure as a utility service.

He further advised charging rational and supportive premiums/rents to telecom companies which are coming forward to lay connectivity infrastructure in the districts, more particularly in remote unconnected areas.

The Chief Secretary also directed that more than one company should share the same tower and minimise the land use.

Available data shows that teledensity in Odisha has grown up to 69.38%. It was decided in the meeting to boost it up to match the national standard of 79%.    The rural teledensity in the state is around 45%.

Padhi directed the IT department to work out a facilitative policy for the growth of telecom infrastructure in the state. Various aspects of the proposed draft were deliberated, and necessary decisions were taken.