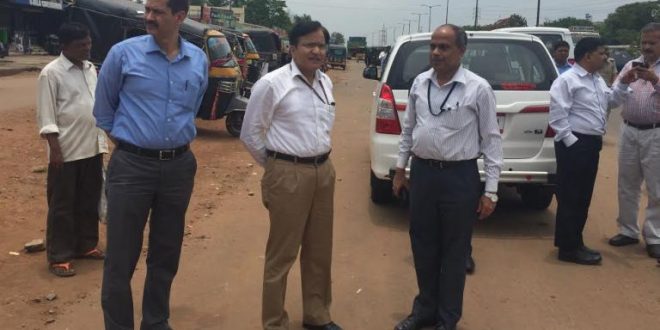 BHUBANESWAR: After inspecting the Khandagiri junction in the capital city, NHAI chairman Raghav Chandra on Sunday approved the proposal for construction of a flyover at the junction.

Further, during the inspection of Bhubaneswar-Puri Section of NH-203, he has directed the officers of NHAI to take up the balance work of ROB, completion of Sakhigopal VUP and work of safety measures at the cost and risk of the Concessionaire of the project immediately.

The state government raised the issue of completion of balance work of Bhubaneswar-Puri road, construction of a flyover at Khandagiri junction and implementations of the recommendation of IRTE in respect of safety measures on NH-5 from Bhubaneswar to Cuttack. Chief Secretary held the meeting on Saturday.