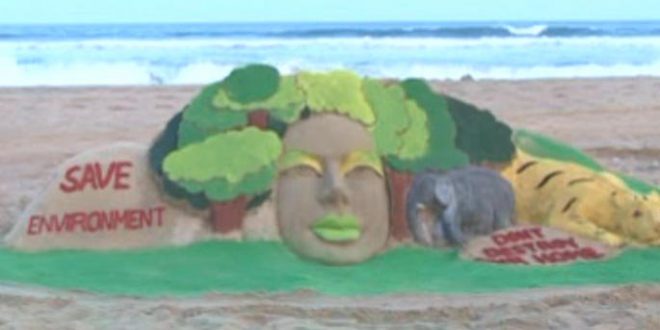 BHUBANESWAR: Odisha Chief Minister Naveen Patnaik on Sunday said the disappearance of iconic species such as elephants, tigers, and sea turtles would be a disaster for conservation efforts.

“Even loss of any local species, at a local level, is an erosion of the biodiversity that underpins the natural systems upon which we all depend on for our food, security, medicines, fresh air, water, shelter and a clean and healthy environment,” said the CM.

This year’s theme was “Illegal Trade in Wildlife”. It aimed to generate awareness against the mindless killing of wildlife and trade of their body parts.

Informing that this year’s slogan for World Environment Day is “Go Wild for Life,” he said the objective is to safeguard all those species which are under threat and take action so that they live happily on the earth.

“The world is dealing with an unprecedented spike in illegal trade, threatening to overturn decades of conservation gains. We share the earth with millions of different species of plants, animals, fungi and micro-organisms,” said Patnaik.

“Every part of our planet is connected directly or indirectly with our life. When species are lost, ecosystems cannot function properly, and the lives of all associated partners — including human being will be disturbed,” he added.

And, there has been a ban on all commercial trade of wildlife species which are regarded as threatened with imminent extinction, which was agreed to, by parties in Convention on International Trade in Endangered Species.

Accordingly, international control is implemented for those species in which trade is a significant factor, and it could affect their survival, he added.

He said the state government is taking all possible steps to protect and preserve wildlife through a Wildlife Crime Control Cell, which is functioning at Bhubaneswar.

The objective is to take pro-active measures to prevent illegal trade and commerce in wild flora and fauna. Due to joint efforts of Wildlife Wing and CID, Crime Branch, illegal trade had been checked to a great extent, said the Chief Minister.

He said public awareness campaigns involving the local communities and voluntary organisations were being organised for protection and conservation of wildlife and controlling illegal trade in wildlife.