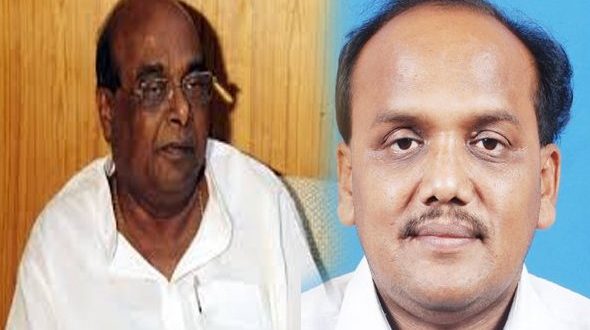 After Choudwar-Cuttack MLA Pravat Biswal, minister Rout’s known bete noire Bishnu Das has joined in the chorus and attacked the Excise Minister for embarrassing the party. However, Rout got a friend in the form of Husain Rabi Gandhi, who stood behind the senior BJD leader.

A day after Pravat Biswal asked Rout not to poke his nose in party affairs of Cuttack, the Excise minister on Monday launched fresh attack asking ‘where was he (Private), when Biju Babu handed over party baton of Cuttack.

“When Biren Mitra joined Congress, Biju Babu asked me to go and manage the party affairs in Cuttack. Besides, I have studied and grown myself as a leader in Cuttack. I have done a lot of hard work for the revival of the party,” said Rout.

“Now when I see the party, for which I have worked hard, on the losing side, I cannot but control myself as it is very heartrending for me, ” said Rout.

He also targeted Debasish for trying to create disturbance in his assembly constituency.

Meanwhile, Biswal attacked Damodar Rout saying that his statements are not justified.

“The vote percentage of BJD is gradually gaining in Cuttack. So, the statements are not justified,” said Biswal.

He also mocked Rout for organising Biju Bichar Manch when not in ministry and forgetting the same after having inducted in the ministry.

Bishnu Das said the Chief Minister and BJD president Naveen Patnaik is watching every development, and he would take appropriate action for embarrassing the party.

He also said that a loss in Ward election does not mean the downfall of the party.