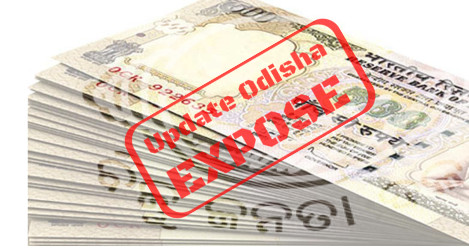 BHUBANESWAR: Even as the ruling BJD leaders are mum over Rs 45 lakh allegedly transferred from party account to Sabyasachi Panda, the documents possessed by Update Odisha revealed that the party has received about 21.80 crores during the election year as donation.

According to the documents with Election Commission of India (ECI), one Sabyasachi Panda of Kamapali village in Berhampur area had donated Rs one lakh to the BJD account during the 2014-15 financial year.

Subash Moharana of Ekamra Nagar in Chhatrapur area has a company named Allied Infra Supplier.  His PAN number is AJHPM7628N, read the document.

One Santosh Kumar Moharana has donated Rs 1.99 lakh to BJD account in the election year. He has given his address at Bhubaneswar (N1/91IRC Village, Nayapalli). However, the relation of Santosh with Subash could not yet be verified.

“I have donated Rs one lakh to BJD as a well-wisher. That, however, does not mean I have any links with the party,” he told media persons.

He also admitted that Subash Moharana is his friend and business associate.

Not only the three persons but also several companies including MGM steel, Lotus India, and SS Earthmovers & Logistics have donated to BJD during the election year.

While asked, BJD spokesperson Pratap Jena did not clarify over receiving fund from Sabyasachi Panda and others.