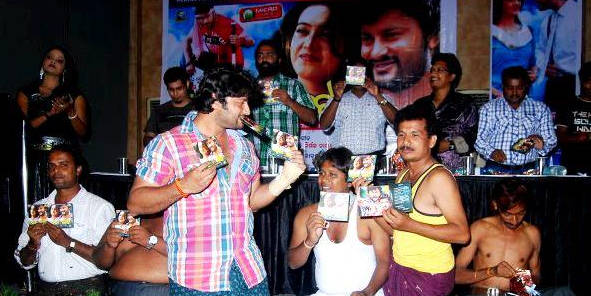 BHUBANESWAR: After coming under sharp criticism for their alleged involvement with the Oscar chit fund company, the chairman of which has been arrested by Crime Branch for duping Rs 230 crore, the Ollywood actors-turned-politicians on Saturday clarified their stand over their association with the company.

The Crime Branch arrested Oscar chit fund company chairman Prabhas Rout from New Delhi on Thursday and had taken him on five-day remand for further interrogation. The company has allegedly duped people of Rs 230 crore in Odisha, Gujarat and Maharashtra.

Senior actor Uttam Mohanty said, “I went to Surat twice when Oscar invited me to distribute trophies. That was my only involvement with the company.”

Anubhav Mohanty told media, “I had no clue about the involvement of the person in any scam. I am sorrowful after knowing of such incident. People’s money should be returned to them, and the guilty should be punished. I am ready to face any investigation.”

“How would I know that a company has cheated to people? I acted in his films when there was no allegation against the Oscar company. We are getting blamed since we are in the front row…we are the faces that people recognise,” Papu Pom Pom told media persons.

“But frankly speaking, we were also unaware of the scam just like common people. If anyone has done the highest awareness campaigns against chit fund scam and builder frauds, that will be me,” added Papu Pom Pom.

BJD MLA and actor Akash Dasnayak said, “How does an actor know if dubious money is used to produce a film? I have never acted in the company funded films.”

BJD MP Sidhant Mohapatra, who has worked in the movie produced by Rout, has not reacted yet.

Meanwhile, the BJP trained its gun at the BJD leaders-cum-Ollywood actors for their links with Oscar chit fund firm.