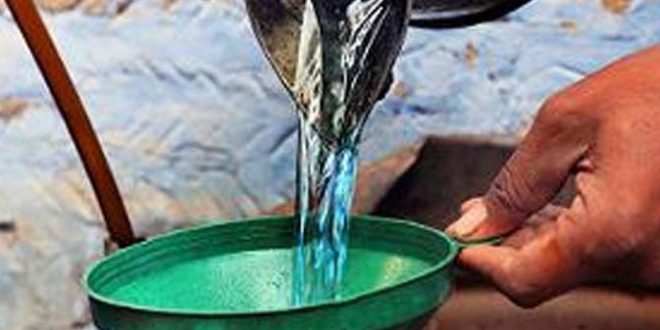 Retailers Charging Rs 3 Extra Per Ltr Of kerosene In Jharsuguda!

JHARASUGUDA: Even though the PDS retailers in urban and rural areas of Jharsuguda district are openly cheating consumers for years together, the supply department has remained a mute spectator even after receiving several complaints.

While the government has fixed the rate for kerosene in the district between Rs 14.18 and Rs 15.69, the retailers were charging  Rs 3 extra per litre, alleged locals.

In Brajrajnagar and Belpahar urban areas, consumers are forced to pay 3 rupees more while they are paying 4 rupees in case of Kolabira, Kirmira, Laikera and Lakhanpur block areas, alleged locals.

On enquiry, retailers explained that the excess amount was collected to meet the expense of the supply department officers.

District Civil Supply Officer PDM Khosla replied that necessary action would be taken against the erring officials after proper enquiry.