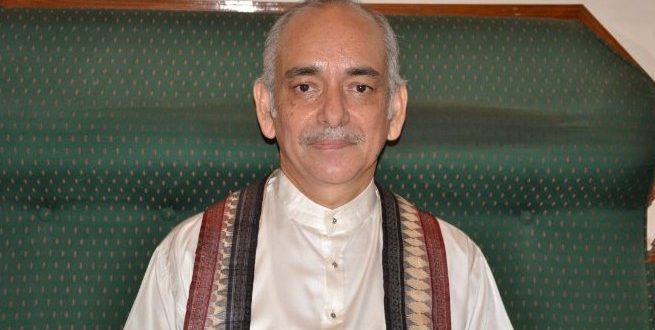 PURI: Gajapati Dibyasingha Deb on Wednesday asked not to undermine the authority of Nischalanand Saraswati.

He said while Darshan of presiding deities of Srimandir is the right of devotees, touching is prohibited as per religious codes.

“Sankaracharya has the supreme authority to take a decision on the religious matter of Puri deities. Since he had debarred the people not to touch the deities, it should be honoured,” the Puri King told media persons.

He said the decision of Sankaracharya had also prevailed before the court.

“I feel sad that Sankaracharya is criticised. Such things should not happen,” he added.

The temple administration had earlier announced that no devotees would be allowed to touch the idols on the bathing altar during the Snana Purnima ritual.

However, several people and officials touched the deities on the bathing alter while flouting the temple administration’s order.

“I had suggested to the temple administration to prevent pilgrims from defiling the Trinity on the Ratna Mandap, chariots and bathing altar. It is the duty of the SJTA to respect my suggestions,” Saraswati said.