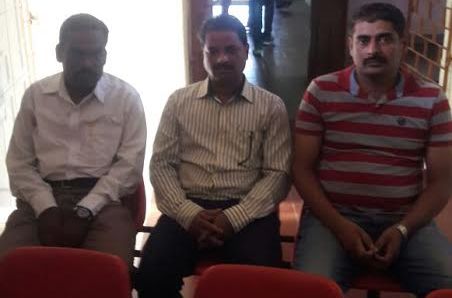 BHUBANESWAR: The state vigilance on Wednesday lodged a case against Tripura cadre IPS Joydeep Nayak and five others including an additional SP over defalcation of Rs 88 lakh of Odisha government.

Vigilance Director RP Sharma said the accused were all involved in the fraud case.

They had tried to siphon off the money that was issued for students belonging to SC/ST, he added.

Except the IPS officer, the vigilance arrested other five persons.

It said that they showed undue official favour and disbursed an amount of Rs. 88 lakh to M/s Axis Computer in violation of financial norms, without floating any tender and furnishing false and fabricated documents.

As a result, the government has sustained a huge loss, said Sharma.