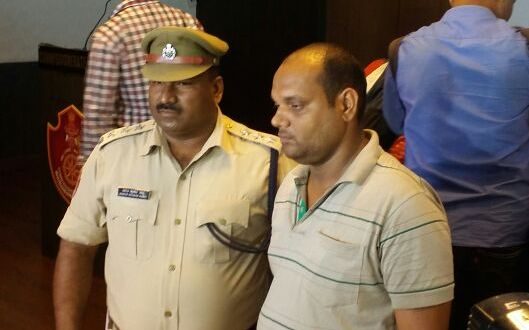 BHUBANESWAR: The Commissionerate Police on Friday arrested one Madhab Acharya of Kendrapada district on charges of stealing money from ATMs.

The police have seized two buses, one car and some other assets from the accused. The police said that Acharya had possessed the property from the money stolen from ATMs.

Acharya along with his associates has committed a large number of ATM theft in Odisha. The places include Bhubaneswar, Khurdha, Kendrapada, Dhenkanal, Balasore, Bhadrak and Puri.

They usually target old persons at the time of withdrawal of cash from SBI ATM. They remain present inside the ATM and take position behind the customer and observe the finger movement and remember the password, said police.

After the customer inserts the ATM card and the password, they cunningly press the Cancel button. After few attempts to withdraw the cash, they persuade the customer to leave the ATM on the plea that ATM is not functional, said police.

Soon after the departure of the customer, they enter the password and withdraw the cash, police added.

It said that they are in search of other associates of Acharya.