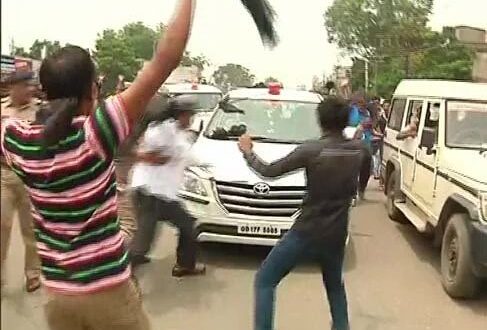 BHUBANESWAR: It seems the Odisha government does not want to probe the attack on Union Ministers as it has allowed the RDC to go on 20-day leave on the medical ground.

The state government had announced an RDC probe into the incident in which some BJD workers are allegedly involved.

After facing criticism, it appointed Bhaskar Jyoti Sharma as the new RDC of northern division on Sunday.

But, fresh revelation has come to fore that Sharma is on a long leave for treatment.

He would be on leave for treatment in New Delhi.

The opposition BJP said the government does not want to the matter as it would expose the actual face of it.

Even though Union Home Minister Rajanath Singh and Governor SC Jamir asked to probe the matter, the government is adopting a dilly-dallying tactics to save its skin.

Notably, the cavalcade of Union Ministers Santosh Singh Gangwar and Sadhvi Niranjan Jyoti was allegedly attacked by BJD workers when they were on their way to attend a rally of BJP in Bargarh recently.

The state unit of BJP on Monday held a massive demonstration in front of Raj Bhawan demanding action against the persons involved in the attack.