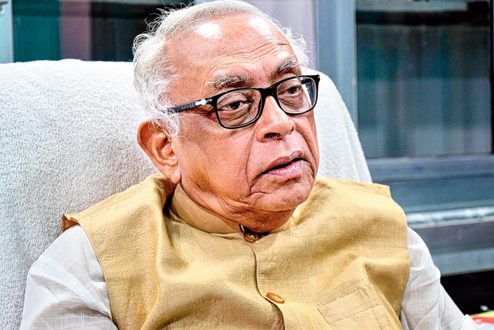 Bhubaneswar: Leader of Opposition Narasingha Mishra has demanded that Chief Minister Naveen Patnaik should convene an all-party meeting to take up the issue of the projects on the Mahanadi river by the Chhattisgarh government to safeguard Odisha’s interest.

Mishra said the Chief Minister should call an all-party meeting for raising the unanimous voice of all parties against the move of the Chhattisgarh government, which will affect the interest of the state.

The state unit of the BJP said an all-party committee should be formed in the Assembly for taking up the matter with the Centre.

BJD said it would take up the matter in the Assembly and intensify its fight in the coming days if the project proposals are not withdrawn.

The Chhattisgarh government has planned three projects in the upper catchment area of the Mahanadi.