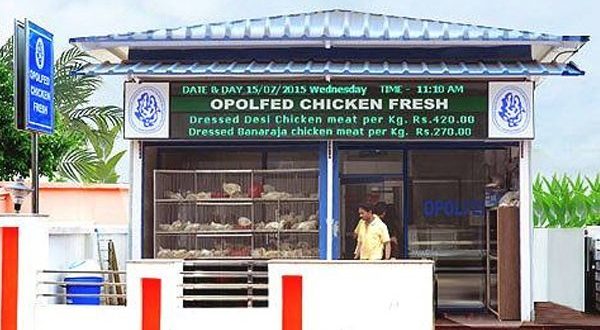 BHUBANESWAR: The Odisha government has decided to open 53 chicken fresh outlets in urban areas of the state to create self-employment.

Fisheries and Animal Resource Development Secretary Bishnupada Sethi said the government has already launched a scheme for the opening of chicken fresh outlets in urban areas.

“The scheme has been approved for the opening of 53 outlets in various district headquarters and important urban centres in the first phase. It aims at providing hygienically processed poultry meat and egg to the people while creating self-employment opportunities,” said Sethi.

These 53 outlets would create direct employment opportunities for around 260 persons. Besides, it would also provide marketing support to the farmers engaged in broiler and layer farming.

Sethi said Rs. 4 crore has been provided in the current financial year to kick-start the initiative.

The government would identify suitable places in urban areas for the opening of the outlets, and those would be put to open bid on annual rent basis. The site would be leased out to the successful bidder for 15 years subject to extension of further ten years on the fulfilment of prescribed norms, said a release.

Under the scheme, the selected entrepreneurs would be provided 25% back ended subsidy of the project cost subject to a maximum limit of Rs.9.87 lakh.

The approximate cost of an ideal outlet with all hygienic safeguards has been estimated at Rs.39.50 lakhs.  The entrepreneurs can invest the balance 75% of the project cost either from own source or by availing bank loan.

Sources said the annual turnover of each of these outlets is around Rs.1 crore.