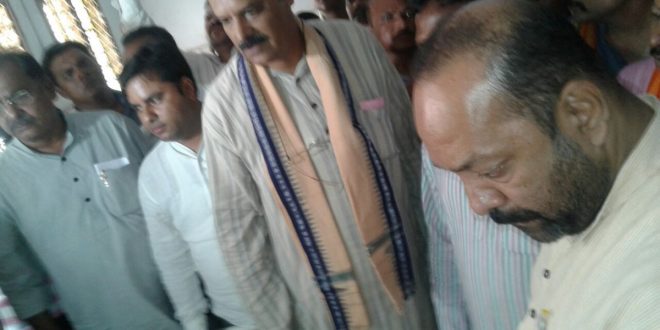 BHUBANESWAR: The Odisha unit of BJP on Sunday demanded the ouster of Minister Sanjay Dasburma and Puspendra Singhdeo for their alleged involvement in assaulting BJP workers in Boudh district on Friday.

“Even though a FIR has been filed against the two ministers under Arms Act and SC/ST Act, Chief Minister Naveen Patnaik government did not drop them from the cabinet. The probe will be affected if Sanjay Dasburma and Puspendra SInghdeo are not ousted,” said BJP vice-president Sameer Mohanty.

They were attacked for showing black flags to the ministers at Muniguda.

A team led by BJP legislature party leader KV Singhdeo had visited the place and interacted with the party workers on Saturday.

“Since the Chief Minister is not ready to drop the accused from his cabinet, we have little hope for the outcome of the investigation as they will influence the probe process,” said Mohanty.

He said BJP would continue with its peaceful protest till the culprits are arrested and brought to book.