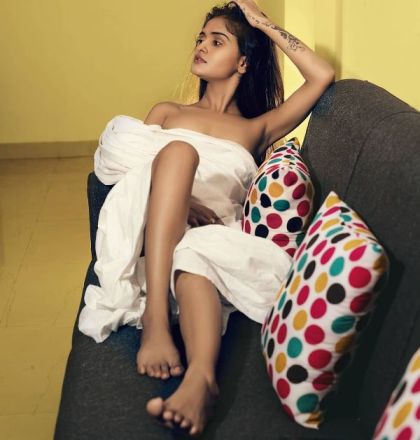 
Bhubaneswar: Odia actress Sonam Dash will be seen in the upcoming Odia web series Gangs of Puri. The actress announced this on her Instagram profile.

Sonam is an avid social media user. She is also known famous for her bold and sexy avatar. She often posts her professional and personal info on her Instagram profile and keeps updating he fans.

Recently, the actress shared about the role in the upcoming Odia web series ‘Gangs of Puri’ on Instagram. “My upcoming web series #gangs of Puri
Such a challenging charcter for me 🙏 Thank u so much Anupam Patnaik sir Jagdish Mishra sir
Special thank u so much Barsha Patnaik diii ❤️❤️❤️to gave me a such a opportunity.. I m blassed to work with u.. I m glad that I work for ur production house. #KanchaLanka #gangas of Puri,” she said on Insta.

The Kanccha Lanka is the OTT platform of Akshaya Parija Production.

Sonam Das is a popular face on OTT platforms.

Her movie ‘Mitali Apa’ will be released soon. Based on a love triangle, the movie has three lead characters, including young talent Sonam. Actor Sritam Das has played the role of a transgender, while Sonam has performed the role of a rural girl.

Besides, she has worked in the lead role of Odia web series ‘Club-69’.