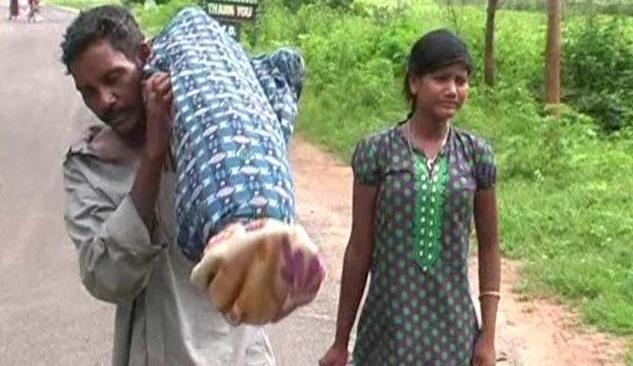 Bhubaneswar: A complaint has been registered with the Bhawanipatna police against Kalahandi district collector and Chief District Medical Officer (CDMO) for allegedly harassing the tribal man, who walked for 10 km with his wife’s body on shoulders after he was denied an ambulance.

Human rights activist Subash Mohapatra on Sunday filed the complaint against Kalahandi district collector, CDMO and other public authorities for deprivation, abuse and denial of basic facilities to Dana Majhi.

“It is unfortunate that instead of helping the tribal man, CDMO of Kalahandi shielded his colleagues and tried to whitewash the evidence by abusing and putting the blame on the tribal man that he did not contact anybody for a vehicle to take the body from the hospital to his village,” said the complaint.

The complainant further stated that Dana Majhi was also not allowed to perform the last rites of his wife as the sub-collector forcibly took him along with his minor daughter to Bhawanipatna to record their statement.

Mohapatra said the district collector threatened the tribal man and asked him whether he had killed his wife.