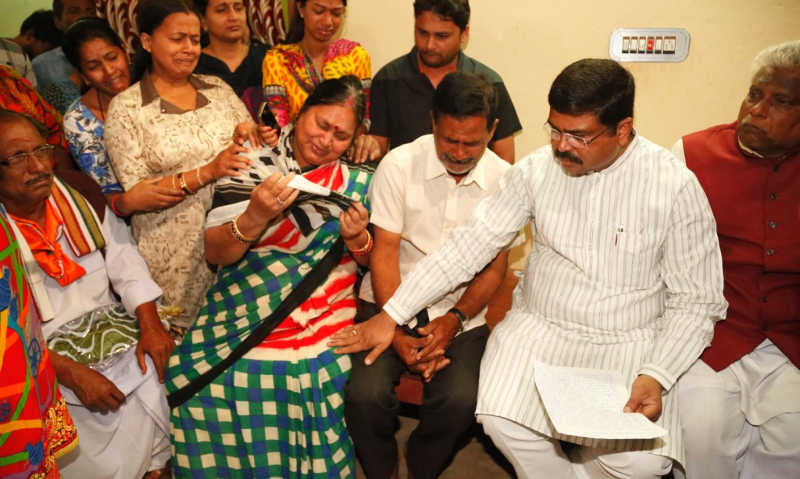 The minister met the bereaved family of Salman Rout, who was gunned down by an Odisha State Armed Police jawan at his village Tarabha in Dhenkanal district.

Pradhan said an impartial probe cannot be expected from the Crime Branch as the accused is a strong supporter of the ruling BJD.

“If the state government is really interested in a fair inquiry, it should hand over the probe charge to CBI immediately. Such an agency (Crime Branch) can’t conduct a transparent investigation,” said the minister.

He said since the involvement of a minister is suspected in the case, a fair probe from the Crime Branch cannot be expected.

The State Election Commission (SEC) on Tuesday recommended the state government for a Crime Branch probe into the incident.