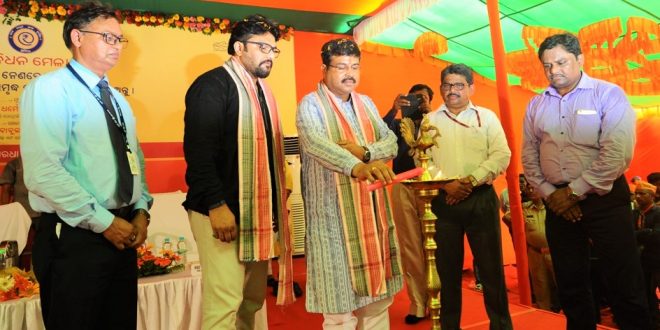 The concept of ‘Digi Dhan Mela’ is the brainchild of Niti Aayog to promote digital and cashless economy through the use of digital mode of transactions across the country.

In his address, Dharmendra Pradhan spoke on the importance of digitization of the payment system and its valuable aspects in the day to day life of a common man.

He also conveyed the details of launch of BHIM app and emphasized on the positive changes the country was witnessing under the leadership of Prime Minister Narendra Modi.

He further stated that along with e-wallet, AEPS, UPI, USSD and the BHIM App is expected to bring a sea change in the payment systems.