New Delhi: There has been satisfactory progress in the revival process of the now defunct Talcher Fertilizer Plant of the Fertilizer Corporation of India (FCI), said Petroleum minister Dharmendra Pradhan on Thursday.

A joint review meeting was held under the chairmanship of Union Minister for Chemicals and Fertilizers Ananthkumar on revival plans for closed fertilizer projects.

Ananthkumar informed that with the revival of the fertilizer projects, Gorakhpur, Barauni, Sindri and Talcher, an additional annual production capacity of 75 LMT would be created making India self-reliant in meeting the annual domestic demand of around 320 LMT, from being a net importer currently.

Financial allocations and the ground level work would start in 2017 and the five plants would become fully functional by 2020-21, he added.

Kumar mentioned that there has been highest ever production of urea, 245 LMT, in the country in the previous year without incurring any additional cost and utilising the existing capacity.

He further mentioned that the 100% Neem Coating Urea has increased the per granule efficiency of urea by decreasing demand by 10% and increasing the yield by 10%.

Pradhan said that a massive investment to the tune of Rs. 50,000 crores is being undertaken for revival of closed fertilizer plants and setting up of gas pipeline network to connect Eastern India to the National Gas Grid.

Production from these four major Fertilizer plants will ensure enhanced domestic fertilizer production and availability which will give an impetus to the vital agricultural sector there by aiding the Second Green Revolution, he added.

Pradhan informed that the progress of the construction of the pipeline network in eastern India, including the 2,650 km Jagdishpur-Haldia & Bokaro-Dhamra Natural Gas Pipeline, popularly known as ‘Pradhan Mantri Urja Ganga’, and the 50 LMT Dhamra LNG terminal was reviewed in the meeting.

The Minister said that this pipeline network would provide uninterrupted feedstock linkage to the revived fertilizer plants, wherein Gorakhpur, Barauni and Sindri plants would be natural gas based and Talcher would be coal gasification technology based, for which coal linkages have already been provided.

Pradhan added that the foundation stones for the five fertilizer plants would be laid down post monsoon this year and would be completed by 2020-21. 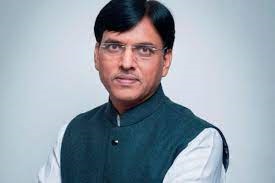