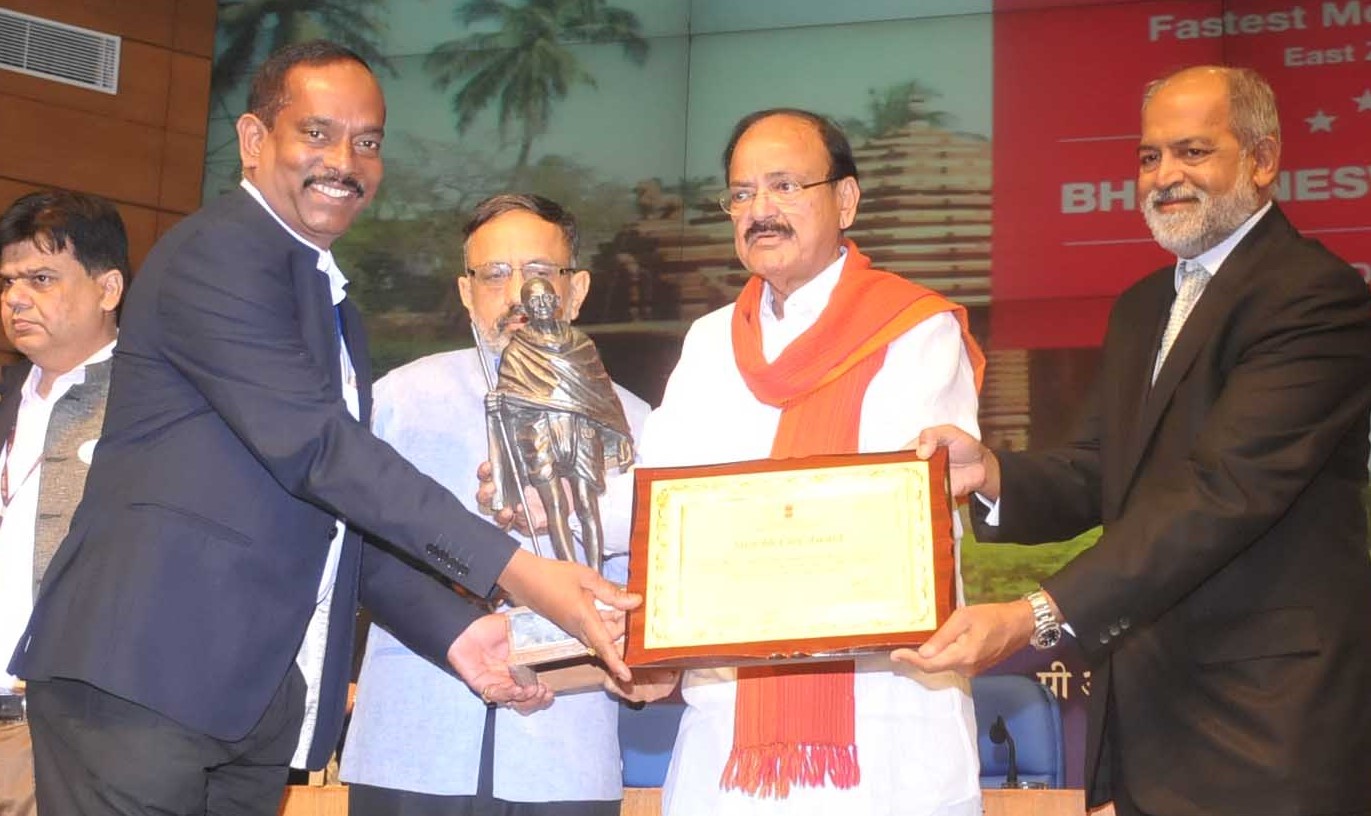 Bhubaneswar: The Temple City Bhubaneswar has taken a significant leap on cleanliness front as it has received the award being the Fastest Moving City in East Zone under the category of more than 10 lakhs population in Swachh Survekshan – 2017.

Among 434 cities of the country, the Odisha Capital City scored 94th rank. The competition was launched among 500 AMRUT (Atal Mission for Rejuvenation of Urban Transformation) cities in which 434 participated. In a similar exercise undertaken by the Ministry in 2014, the Temple City had secured 213 rank. So, it is a dramatic rise in its ranking over these years for the city with tremendous urban development potential.

However, with a sustainable citizen-centric activities Bhubaneswar could shine and scored 1,254.47. For citizen feedback Swachhata Labs were organised on the campuses of different academic institutions across the city. While Bhubaneswar scored 590.58 for Municipal Documentation, it scored 360.77 for Direct Observation and 303.11 for Citizen Engagement.

The report of MoUD has also mentioned that Bhubaneswar has achieved door-to-door garbage collection in over 75 percent of its municipal area and also 100 percent of the city MSW is transported to the dumping site on day-to-day basis, from 70 percent of its corporation wards.

The municipal corporation has achieved sweeping of all commercial area and during festivities the service is ensured twice-a-day round the year, keeping the city clean. Dustbins across the city are placed at appropriate distances and they also cover all the commercial establishments, said the report.

The MoUD report, which was released by the Central Minister in New Delhi today, also mentioned that more than 75 percent of the vehicles engaged by BMC to transport solid waste across the city, have been fitted with GPS devices to enable a tracking system by the corporation, making the entire process transparent and accountable.

The corporation has information communication tool (ICT)-based attendance system. The report also categorically mentioned that 100 percent of the corporation staff had participated in the e-learning programme of the Swachh Bharat Mission to know more about Swachh Survekshan-2017 and other components of SBM so that they would remain updated with the developments relating to cleanliness and SBM.