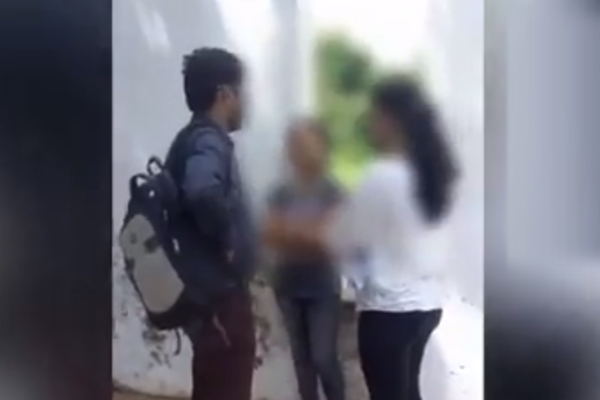 Bhubaneswar: While the youth, who featured in a viral video being thrashed by two young girls at a park in Odisha capital, moved the court seeking justice, two girls on Thursday filed a complaint against the youth before Mahila police station here.

The two girls were seen assaulting the youth for allegedly cheating them.

The youth identified as Kamal Agarwal in Mahalinga area of Kalahandi district filed a case in Bhubaneswar SDJM court alleging that one of the girls was blackmailing him.

He also alleged that the video that went viral featuring him being beaten up by two girls at Buddha Park in Bhubaneswar was shot by another youth and he had also thrashed him along with the girls at the park.

He also refuted the allegations of having affairs with those girls as ‘baseless’.

On the other hand, the girls, who had thrashed Kamal alleging him of cheating both of them having physical relations, have appeared before Mahila police station in here today.

They leveled allegation of love, relation, and deception against the youth in the police station.

Police recorded their statement under section 161 of IPC to probe the matter.