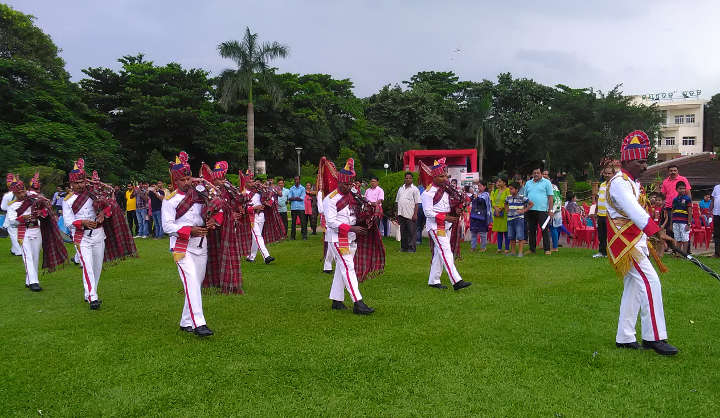 Bhubaneswar: Security measures have been beefed up across Odisha ahead of the 71st Independence Day celebrations, said DGP KB Singh on Sunday.

Singh said special security measures have been taken in the Maoist affected districts in the state.

All the troops that will participate in the Independence Day parade on Tuesday took part in the practice today morning.

DGP KB Singh informed that for the first time ITPP, Odisha Swift Action Force, ODRAF contingents have been included in the parade.

Meanwhile, Commissionerate Police has buckled up for the occasion. As many as 25 troops of the police force will be deployed at the Mahatma Gandhi Marg on August 15. Apart from this, 50 CCTV cameras are set to be installed, said senior police official.

A total of 56 troops, from schools, colleges and police forces, will turn up for the Independence Day march. Besides, a police platoon of Telangana and the newly-formed Odisha Police troop- Swift Action Force – will participate in the march past.