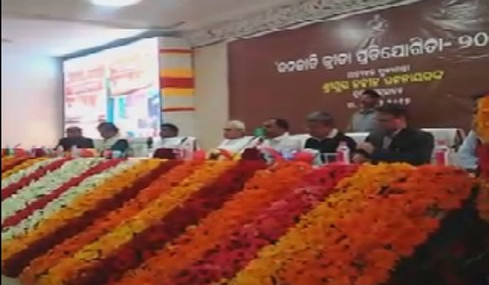 Bhubaneswar: In a bid to nurture the sporting talents of tribal youths, Odisha Chief Minister Naveen Patnaik on Monday inaugurated the Tribal Sports Meet- 2017, a first of its kind sports event in the country.

The Chief Minister inaugurated the sports meet through video conferencing at the state secretariat here to promote sports among tribals in Odisha.

Notably, tribal youths have represented the state and the country in several games including hockey, football, archery etc. Several tribal sportspersons have also become captains in the Indian hockey team.

Patnaik said the tribals possess extraordinary sporting talents which are reflected in their culture and lifestyle.

The Tribal Sports Meet- 2017 will help in developing the inner talent of the tribal sportspersons. They could bring laurels for Odisha and India in national and international platforms, he said.

The players up to 35 years of age are eligible for participating in the Tribal Sports Meet- 2017. The government will give a total cash reward of Rs 1.8 crore to the winners across the state.