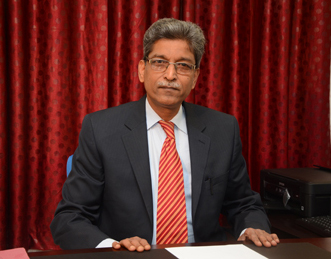 Mohapatra was earlier given an extension of six months on completion of his tenure as first Vice-Chancellor of Odisha State Open University on 17 May this year.

Exercising the powers conferred by Section 10 (1) & (5) of Odisha State Open University Act, 2014, Chancellor Jamir appointed Prof. Mohapatra as Vice-Chancellor for a period of three years with effect from the date he assumes office as such or until further orders whichever is earlier.

Mohapatra had his post-graduation in Political Science from Utkal University, M.Phil on South Asian Studies and did his Ph.D in International Politics from Jawaharlal Nehru University (JNU), Delhi. He has teaching experience of over nine years and experience in Distance Education for 22 years.

Prior to Vice-Chancellor and OSD of Odisha State Open University, Prof. Mohapatra had served as Senior Regional Director, IGNOU for over ten years, Director, RSD (IGNOU) for three years.

He has to his credit six publications of Research Paper in leading journals.