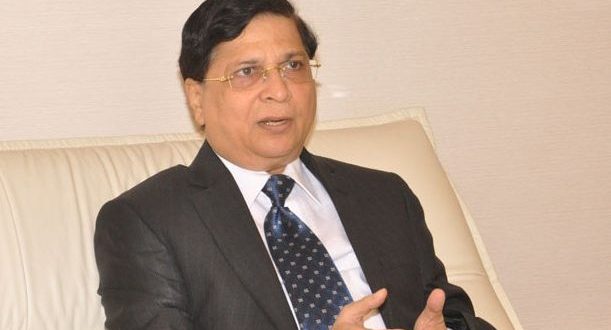 Bhubaneswar: Chief Justice of India (CJI) Dipak Mishra on Friday stressed on disposal of cases pending in different courts in the country.

Addressing the 46th All Odisha Lawyers’ Conference here, Mishra said already emphasis is being given on High Courts to complete criminal appeals pending for 10 years in different parts of the country.

Judges and lawyers have been asked to work on Saturdays and within the past three months, the High Courts have disposed 1,410 cases by sitting on Saturdays, he added.

At All Odisha Lawyers’ Conference, Chief Minister Naveen Patnaik said the role of lawyers should not be confined to courts or advising clients in business deals.

It extends to being an integral part of our system of administration of justice, and justice not just in the legal sense but justice that is social, economic and political as set out in the preamble of our Constitution, said Patnaik.

“Lawyers form the major intellectual sect of our society. People knock the door through you to redress their grievances and you are expected to help the poor litigants in getting justice in a cost effective manner.”

The biggest challenge today is getting timely justice in a cost effective manner, and I think, a lawyer has to play a great role here,” he added.

The Chief Minister said that the state government is doing all possible things for the people of Odisha to get justice at their doorstep.

“The government of Odisha has established more than 170 courts in last 4 years and for the coming financial year, we have the target to establish further 50 new courts in our state,” said Patnaik.

As a step towards easy access to justice Madhu Babu Aaen Sahayata Kendra is being established in each Gram Panchayat of the State, he added.

For welfare measure for the advocates, the state government is contributing Rs 3 crore annually to the Advocate’s Welfare Fund.

Odisha: Apply for scholarship at www.scholarship.odisha.gov.in