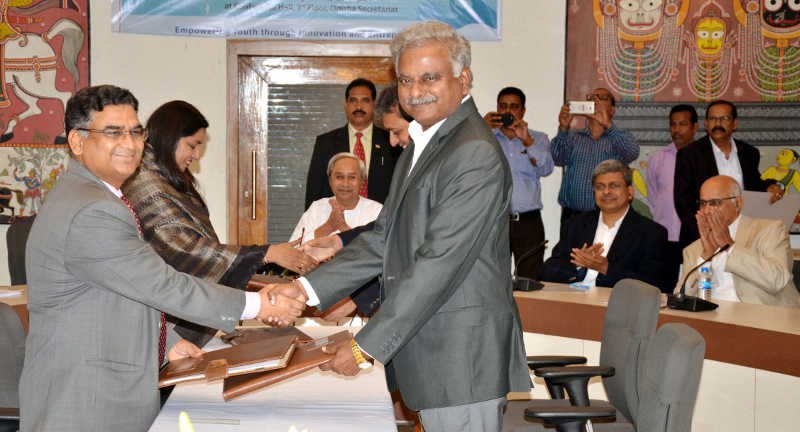 Bhubaneswar: The Odisha government through MSME Department along with Software Technology Park of India, Susmita Bagchi, a noted Odia writer and philanthropist signed a memorandum of understanding with IIT, Bhubaneswar for the establishment of an Incubator.

The incubator namely “Centre of Excellence for Virtual & Augmented Reality” (VARCoE) will be set up at the campus of IIT, Bhubaneswar.

Present on the occasion, Chief Minister Naveen Patnaik while appreciating the efforts of Startup Odisha Initiative, stated that the Centre will be one of its kind in the country being set up with a unique collaborative partnership between state government, union government through STPI, a Philanthropist and an IIT.

He added that the incubator on Virtual Augmented Reality at IIT, Bhubaneswar will be a landmark initiative for promoting research, technology incubation and product development in the country.

The Centre will cater to the startups and new generation entrepreneurs working in the area of Virtual Augmented Reality for immersive visualisation and allied areas.

The centre will undertake state-of-the-art research, develop testing facility/laboratories for advanced algorithms, applications and methods in aid of Virtual and Augmented Reality for Immersive Visualization and allied areas.

It will also offer highly focused courses on AR/VR to the students.

It will help in developing application platforms for specific skill development programs based on the industry need and relevance.

On this occasion, a cheque of Rs. 2.5 crore was handed over to Director, IIT, Bhubaneswar as the contribution from State Government’s Startup Odisha Initiative for setting up the Centre.

MSME Minister Prafulla Samal stated that the proposed incubator at IIT, Bhubaneswar will focus on the futuristic field of Virtual and Augmented Reality.

He called upon the high net worth individuals of the state to follow the example of Susmita Bagchi in promoting such socially benefiting ventures.

He added that State Government and MSME Department are committed to achieving the vision of supporting 1000-Startups by 2020.

On this occasion, MSME secretary L.N. Gupta informed that since the launch of Startup Odisha Portal on 1st May 2017 by the Chief Minister, 162 Startups ranging from healthcare & life sciences to HR & household services, IT and IOT to Finance Technology & Food Services are registered under the Startup Odisha Initiative and 20 of them are getting benefits.

Besides, 04 recognised and 20 other incubators are working across the State for incubation of the startups.

Susmita Bagchi, a noted Odia Writer and Philanthropist, who has recently contributed Rs. 2.5 crore to Director IIT for the purpose, hoped that the Centre of Excellence on Virtual Augmented Reality (VARCoE) will be one of its kind in the country to promote research and technology development for the benefit of industry and the society.

Prof. R.V. Raj Kumar, Director, IIT, Bhubaneswar while speaking on the occasion, stated that the VARCoE will be a state-of-the-art incubator for the benefit of the startups, researchers, faculty and budding entrepreneurs.

It will leverage a high-performance computing facilities available at IIT, Bhubaneswar and faculty resources for research and applications in the areas including AR/VR and other allied areas, he said.

IIT, Bhubaneswar will encourage its highly talented faculty and student resources to participate in carrying research, incubate technologies and take to entrepreneurship in AR/VR and related areas.

On this occasion, Omkar Rai, Director, General, STPI, Govt. of India stated that the MoU with the State Govt. and Susmita Bagchi to set up an incubator on AR/VR at IIT, Bhubaneswar is a landmark initiative.

He added that STPI may encourage the Incubatees and Startups graduating from the IIT Bhubaneswar to join STPI. STPI would work along with IIT, Bhubaneswar in empowering the startups and entrepreneurs working in the area of AR/VR for the benefit of industry. 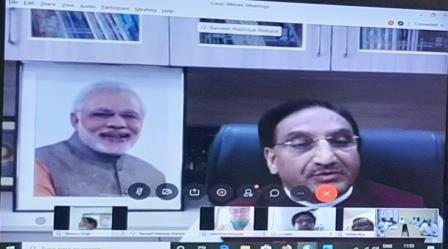 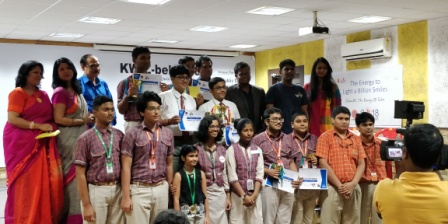