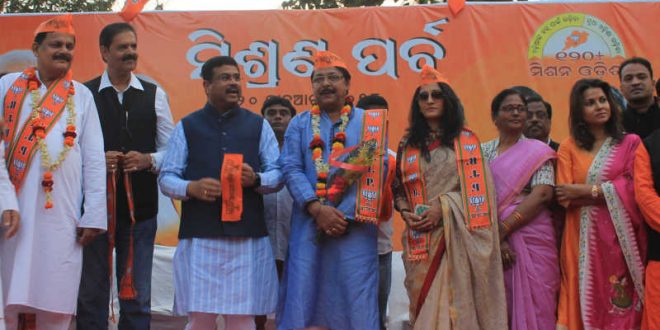 Besides, Ramaranjan Balirsingh, a former BJD MLA from Satyabadi, joined BJP along with hundreds of supporters from his constituency.

Before 2014 general and assembly elections, Mihir Das had joined ruling BJD in presence of Naveen Patnaik.

“Now I will get in touch with the people directly and dedicate the rest of my life working for them. I joined BJP by getting inspired by Prime Minister Narendra Modi,” said Mihir Das.

Anu Choudhury said, “I am inspired by the ideology of Prime Minister Narendra Modi. I will work hard for the benefit of the masses.”

With the induction of the actors to its fold, the Odisha BJP has added star power ahead of the 2019 elections. Earlier, several actors including Sritam Das, Pinky Pradhan, Harihar Mohapatra and Ajit Das had joined the BJP.