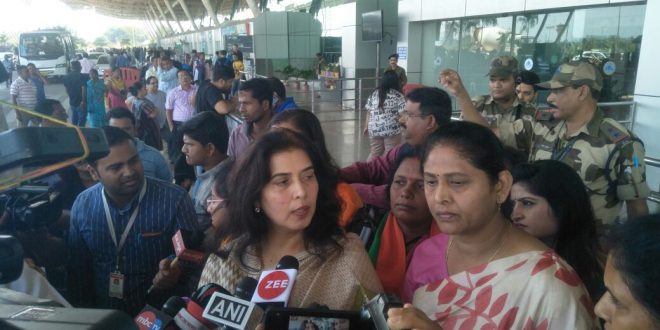 They will visit the village and interact with the family members of the gang-rape victim.

The victim committed suicide after three months of gang-rape incident due to the failure of the state police administration in ensuring justice to her.

As per the direction of the party national president Amit Shah, a three-member team including Saroj Pandey, Jyoti Dhrube and Ambulata arrived here on Saturday to conduct a spot inquiry and report to him.

The team will visit Kunduli and conduct a thorough probe and submit a report to Shah.

“We will submit our report to national BJP president Amit Shah. I think the state government should resign on the moral ground for failing to ensure justice in the sensitive case,” said Pandey.

Meanwhile, the State Government had ordered a judicial inquiry into the rape incident while the BJP is insisting on a CBI probe into the mishap.

Notably, the minor tribal girl of Musaguda under Pottangi police station in Koraput district, who alleged she was raped by four security personnel on October last year, committed suicide on January 22 after being denied justice triggering a State-wide strike.