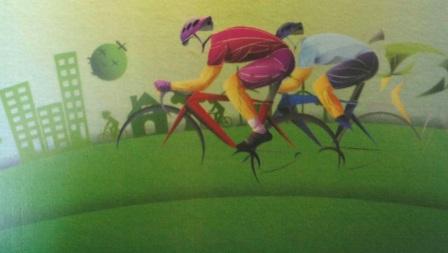 The fine has been slapped for erecting hoardings without permission violating the provisions of BMC Advertisement Regulation, 2006.

“You are hereby directed to pay penalty of Rs 1 crore under regulation 10 (E) of BMC Advertisement Regulation, 2006 within 7 days from the date of issue of the notice failing which action will be initiated against you as demand paper under the provisions provided for Municipal Corporation Act, 2003,” said the BMC notice.

On the other hand, the irate mob ransacked the registration counter at Kalinga Stadium here after they were denied free T-shirts and helmets for the Saksham Cyclothon.

Earlier, the organizers had announced that while there will be free entries for all categories, the participants will get free kit carrying T-shirt, Helmet, wristband and backpack.

However, all the participants have to carry their own cycle to participate in the Cyclothon.

Union Petroleum Minister Dharmendra Pradhan will flag off a first of its kind premier Cyclothon event under the banner of Saksham Cyclothon at Kalinga Stadium on February 4.