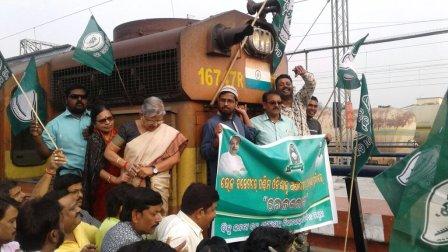 They staged rail blockade for one hour in the morning, which affected the movement of several trains in the state.

They alleged that while Railway is getting over 15,000 crore revenue from the state, it has allocated Rs 5,252 crore budget for the railway infrastructure in Odisha against the demand of Rs 6,500 crore.