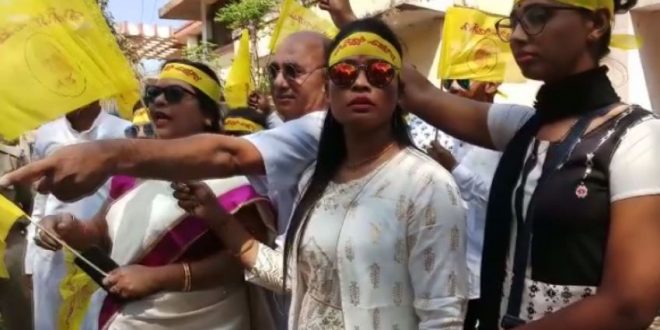 Bhubaneswar: The Commissionerate Police on Wednesday detained over 30 Kalinga Sena activists while they were trying to force their way into malls and parks to stop couples from celebrating Valentine’s Day.

Kalinga Sena had threatened the young lovebirds, saying they would take them to temples, invite their parents and force them to marry each other.

While several parks were closed in Bhubaneswar, several other parks, including the Indira Gandhi and Biju Patnaik ones, wore a deserted look with couples keeping away fearing trouble.

The Commissionerate Police said they have taken adequate security measures to prevent moral policing in the twin cities.

“All will be under police watch. We have taken adequate measures to prevent moral policing. We will take action against the persons who will take the law into their hands,” said Police Commissioner YB Khurania.