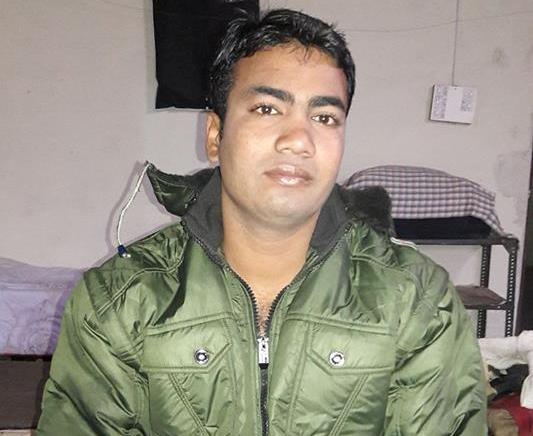 Bhubaneswar: The body of Odia CRPF jawan Manoranjan Lenka, who was killed in Sukma Maoist attack, arrived at the Biju Patnaik International Airport here on Wednesday.

The martyred was given a guard of honour by Ministers Bikram Keshari Arukha, Shashi Bhusan Behera, Badri Narayan Patra, senior police officials and others at the airport.

The mortal remains would be sent to his native places at Rebena Nugaon in Puri’s Brahmagiri block.

Meanwhile, a pall of gloom descended on Rebana Nuagaon village. Hundreds of villagers have gathered outside Lenka’s house even as his mother sobbed uncontrollably.

Lenka along with eight other CRPF personnel were martyred when their Mine Protected Vehicle (MPV) blew up in the restive Sukma district of Chhattisgarh’s Bastar division.

The attack took place in Kistaram when the team of CRPF personnel of the 212 battalion was out on a combing operation on the MPV. The rebels used heavy explosives to blow up the vehicle and had triggered several IEDs, sources said.

“Strongly condemn the attack on @crpfindia jawans in #Sukma, Chhattisgarh. My deepest condolences to the families of Odia jawan Manoranjan Lenka and all the brave personnel who lost their lives in the blast and wishing speedy recovery of those injured,” he tweeted.