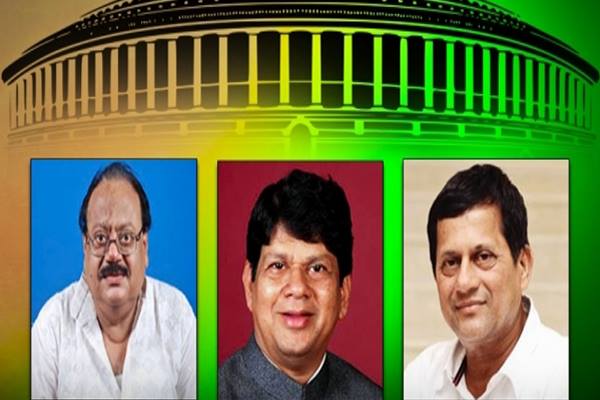 Returning Officer Rajesh Prabhakar Patil said since the deadline for withdrawing the nominations was set at 3 PM on Thursday, the three BJD candidates were elected uncontested as the members of Rajya Sabha from the state.

Nanda and Patnaik got ‘Certificate of Election’ confirming their election to the Upper House by the Returning Officer.

As Samanta is out of the state now, he will receive the certificate later.

After scrutiny nomination papers of all the three BJD Rajya Sabha candidates found to be valid while the nomination of independent candidate Subash Mohapatra was rejected on March 13 due to lack of required proposers.

Opposition Congress and BJP did not field any candidates. While BJD has more than two-third majority (118 members in a house of 147), the Congress has only 15 legislators followed by BJP’s 10.

The term of BJD MPs-AU Singhdeo, Dilip Tirkey and party-supported member AV Swami will come to an end on April 2. While two of the MPs are from the BJD, Swami is an Independent MP supported by the ruling party.