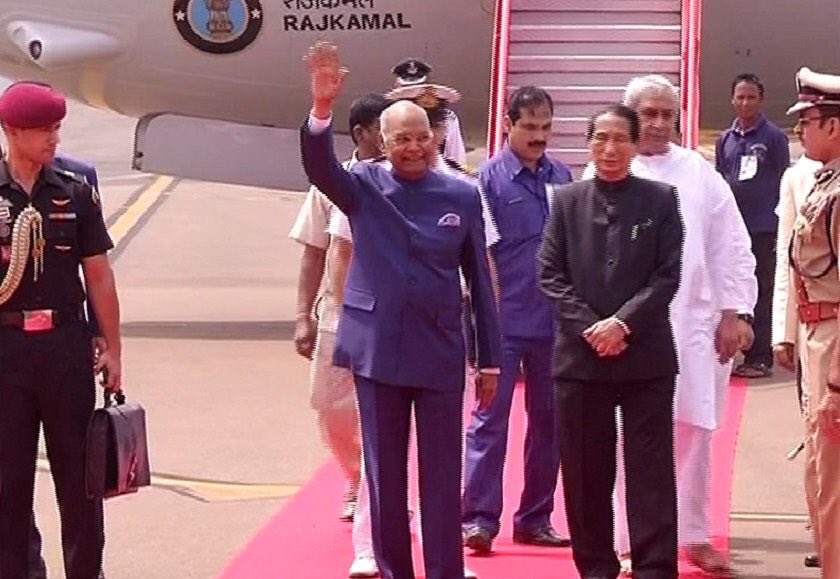 The President arrived at the Biju Patnaik International Airport here at 10.30 AM on Saturday. He was accompanied by his wife Savita Kovind and was accorded a ceremonial guard of honour at the airport.

This is Kovind’s first official visit to the state after being elected as the President.

The President has commenced his engagements by paying tributes to Netaji Subhas Chandra Bose at his birthplace in Cuttack.  Later, he will dedicate the Anand Bhawan Museum and Learning Centre – a memorial to the late Chief Minister Biju Patnaik – to the people of Odisha in Cuttack.

On the same day, he will also deliver the third foundation day lecture at the National Law University, Cuttack.

He will also lay the foundation stone for the Skill Development Institute of Oil PSUs, before returning to Delhi.