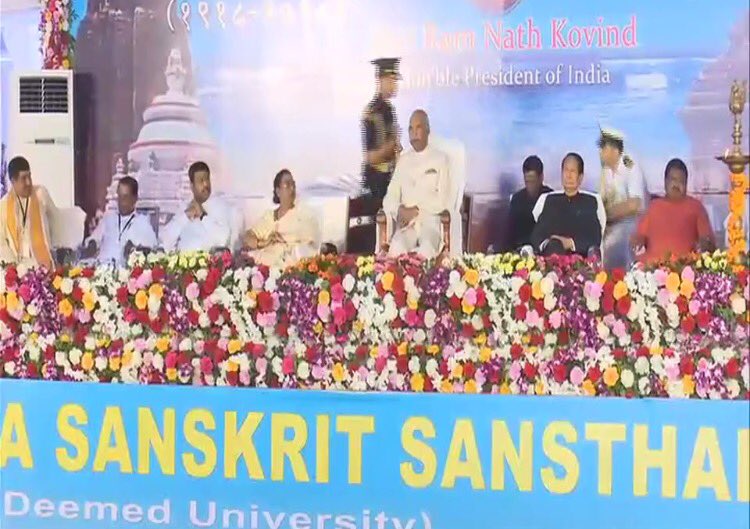 The commemorative coins were released at a function of Rashtriya Sanskrit Sansthan at Puri.

The Government of India had earlier announced for the release of coins of Rs 10 and Rs 1,000 denominations to mark the symbolic recreation of sibling deities including Lord Jagannath, Balabhadra and Devi Subhadra.

Accompanied by his wife Savita Kovind, Kovind had darshan of Lord Jagannath, Lord Balabhadra and Devi Subhadra at Srimandir this morning.

Kovind entered the shrine at around 7.30 am and came out at around 8.20 am offering prayer to deities.

In view of President’s visit to Srimandir, the temple administration had closed the darshan for the public from 6.30 am till 8.30 am.

The district administration had beefed up the security during his visit to Puri.