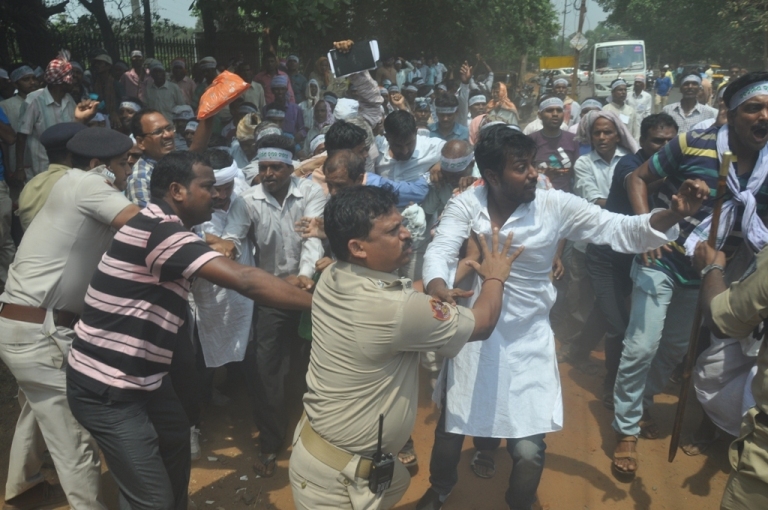 Bhubaneswar: The agitating farmers in Odisha on Wednesday suspended their stir till May 5 after the state government promised to meet their demands.

The farmers under the banner of Navnirman Krushak Sangathan (NKS) are demanding price, prestige and pension for the peasants.

Hundreds of farmers had been on hunger strike in front of the assembly since March 12.

“We have decided to put the stir on hold till May 5 as the Chief Minister through a delegation has assured us to pass a resolution in the assembly for social security of farmers. If they do not fulfil the demands, the farmers will resume their stir,” said NKS convenor Akshya Kumar.

Earlier, a four-member delegation of BJD MLAs met Kumar and other farmer leaders at the agitation site and held talks with them.

“We have appealed to the farmers to withdraw their agitation as the state government is ready to pass a resolution in the assembly favouring social security for farmers,” said BJD MLA Samir Dash.

He informed that a ministerial committee headed by the finance minister will be set up to deal with farmers’ problem.