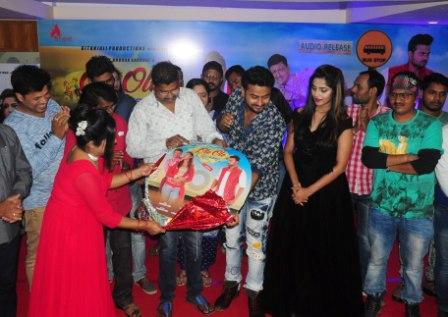 The music of the film is composed by Prem Anand.

Jyoti and Jhillik will come together in Ole Ole Dil Bole for the second time. The actors were last seen in Odia movie Tu Mo Hero.

‘Ole Ole Dil Bole’ is the first venture of Gitanjali Production. Jyoti and Jhilik’s on-screen chemistry will be the USP (unique selling point) of this film. Apart from this romantic pairing, superstar Sidhant Mahapatra is playing a different role.

The production house hoped that the Odia film Ole Ole Dil Bole music will be appreciated by the people in Odisha.

‘Ole Ole Dil Bole’ is the directorial debut of Kailas Mohapatra. This movie is based on popular play ‘Banchibaku Hele’ which is directed by him, played nine times and got a huge appreciation both from audience and critics.