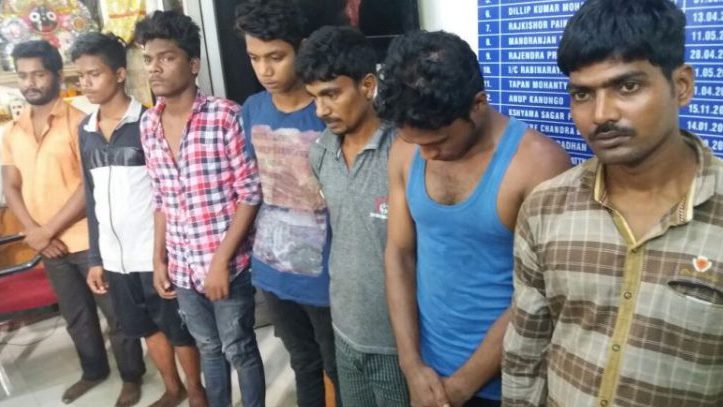 Bhubaneswar: The Commissionerate Police on Tuesday arrested a gang of seven youths involved in several snatching and loot cases in Odisha capital.

All of them were arrested from Saliasahi. The city cops also seized 7 mobile phones, 3 choppers, 2 knives, 2 cutting blades, 2 packets of chilly powder, 4 iron rods and 2 razors from their possession.

Police said the arrested persons had formed the gang after meeting each other in jail.