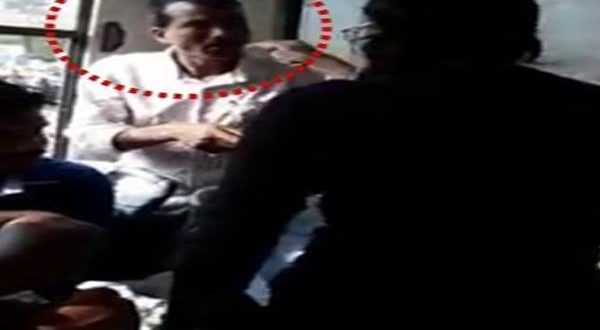 Bhubaneswar: A girl thrashed a man with her sandals when the later was allegedly misbehaving with her in a moving bus in Khandagiri area in Bhubaneswar on Wednesday.

The incident was shot by a passenger of the bus with a mobile phone.

The clip went viral on social media within a few seconds of the posting. However, the accused was seen pleading innocence.

The victim was supported by her co-passengers who forced the man to get down from the City bus midway.

However, no police complaint was lodged in this regard so far.