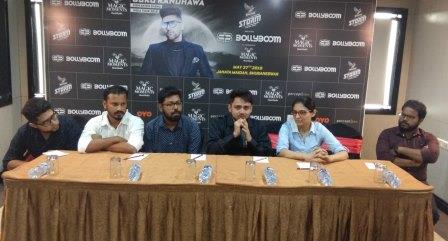 Guru Randhawa musical concert in Bhubaneswar on May 27

Ankit Mohanty, DreamKraft Entertainment said, “So far, we are receiving an overwhelming response from the people of Odisha. It will be an opportunity for youngsters to feel the music live.”

Along with popular numbers from the sensational Punjabi hit-maker Guru Randhawa, Bollyboom also promises a completely new twist to this genre of popular music to create a unique live entertainment experience for Bollywood music fans across the globe.

The audience will also witness live percussionists, exotic performers and a jaw-dropping experience combined with visually mesmerising SFX and state of art Technology.

The event will offer a curated F&B and seamless experience for all attendees making the overall India Tour a grand success.